Healthy Eating – Get ready for Summer! 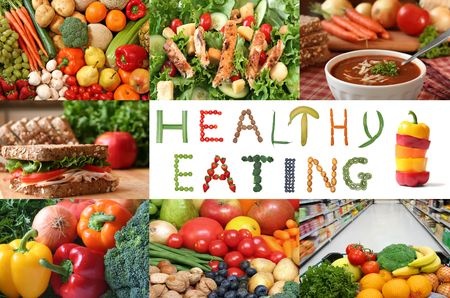 Got to grips with five a day? Welcome to the new healthy eating mantra: 400 600 600. Last week Public Health England (PHE) launched its One You campaign, designed to make us more calorie aware, and stick to 400 calories for breakfast and 600 each for lunch and dinner. The overall daily calorie guidelines remain the same (2000 for women and 2500 for men) so the extra is for coffee, wine, beer or snacks. The aim: to cut our calorie intake, and bring down the UK’s spiralling obesity rate by 2024.

Critics have pointed out that the plan doesn’t focus on healthy eating: you could have a Mars bar and a Coca-Cola for breakfast, chips and curry sauce for lunch and a Big Mac for supper and still stick to the recommended calories.

This is unfair. While calories are a blunt instrument, and the plan doesn’t differentiate between good calories (protein, healthy fats, vegetables) and bad (refined carbs and bad fats), it still has a valid point to make. In Britain most adults consume 200-300 calories a day more than they need, and children even more – boys as many as 500 calories in excess. And let’s face it, the extra isn’t made up of a bag of apples – it’s often junk.

The scheme is targeted mostly at fast-food producers, persuading them to cut the calories in their offerings, and to make us think again about what we order. That Big Mac might fit the bill at 508 calories, but a Big Mac and medium fries (845 calories) is more than a meal’s worth. And a Starbucks blueberry muffin and a latte might sound like a good breakfast choice, but at more than 500 calories it’s well over the limit.

There’s definitely more that could be done. PHE might like to step in to stop shops such as Boots marketing “meal deals” that can consist of crisps, a ham sandwich, a cake and a bottle of Coke. Surely a meal has fruit or vegetables. It is not a collection of sugar, refined carbs and fat.

On the home front, well, if you are cooking from scratch, you’re on to a good thing. That said, measuring and recalibrating portion sizes might be tedious but it’s worth the effort, as I found when working on these recipes. A little circumspection with the oil and carbs, more generosity with veg, and you are sorted. If you’re confounded by calorie counting, simply mix and match the recipes on the following pages, sticking to the 400-600-600 formula, and you’ll be eating plenty of fruit and veg and hopefully dropping a few pounds while you’re at it.