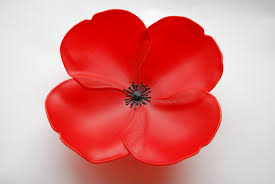 All invited to join our  POPPY PILGRIMAGE Sunday 11 November

Following the 11am ceremony at WHITTLESFORD WAR MEMORIAL

To mark the centenary of the Armistice and end of WW1 –  and reflecting our major research project since 2014– a circular walk past TEN marked locations that between them pretty well represent the Whittlesford 100 & the greatest impact of the war on the village during 1914-19. eg: houses associated with heroes/families with several siblings who went off to fight, some to lose their lives, and the two war widows who unveiled the War Memorial Cross – plus the 3 V.A.D. hospitals here,  a caring home, for at least a short time, to a total of 1000 wounded, unknown young servicemen, like our absent 100.

A handout about the 10 locations will be given out at the start and the walk will progress with only briefest pauses from the Guildhall, along High St, to West End, Vicarage Lane and then across the Croat Footpath to North Rd and The Bees in the Wall.  Here Lawrie Childs will provide free tea/coffee in remembrance of the three sons of his predecessor at The Exhibition (as it was) who went to fight, the youngest killed in action.

After refreshment (thanks Lawrie) we’ll continue past the Manor and Village Sign, where we’ll also unveil the sign beautifully carved by Neil Barber to mark the anniversary oak trees there. Then back along the Baulks footpath to the churchyard and the grave of the first of our 100 to lose his life and the only one buried in this country at all amongst those 15 named on the War Memorial, who’ll be specially remembered on Saturday evening at the Parish Church.

We’ll keep fingers crossed for fine weather for this commemorative walk together on 11.11.18 and will welcome any offers of help with putting up the pilgrimage markers early that morning, giving out the guide leaflet or stewarding if necessary and general interest in developing a more detailed Full Village Trail guide, which would also incorporate details of all the listed & significant village buildings & landmarks, including maps, photos etc and available also as a slide show or on the website.  (832453